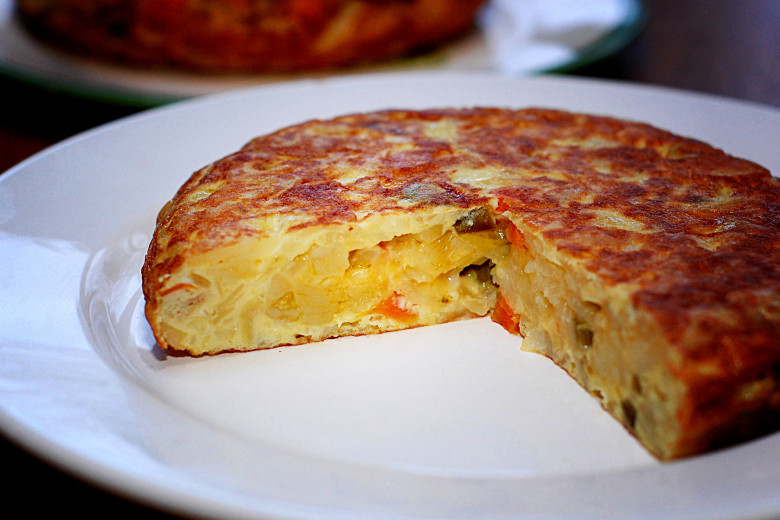 Tortilla de patatas is a national dish of Spain and is considered by some the most typically Spanish dish. Known locally as "Tortilla española" (Spanish omelette), it is frequently served in any bar as a Tapa. It can also be cooked without onions.

1) Peel the potatoes, wash them and dry them with a cloth. Then dice them up in 1cm cubes or 2 mm slices. Wash and dry them again. Add some salt and mix them.

4) Beat the eggs in a bowl with a small amount of salt, then mix in the potatoes and the onion.

5) In an empty pan put three tablespoons of olive oil (or you can use the previous pan after removing most of the oil).

6) Once the pan is hot, drop the egg with the onion and the potatoes in the pan.

7) After 7-8 minutes the bottom part should be done. Put the dish over the pan and carefully turn it around, so that the undone part rests on the dish. This is the most difficult step of the recipe. After that, you put again the pan on the fire and slowly drop the mix on the pan, to do the other side.

8) After a few more minutes, it should be done and it can be served