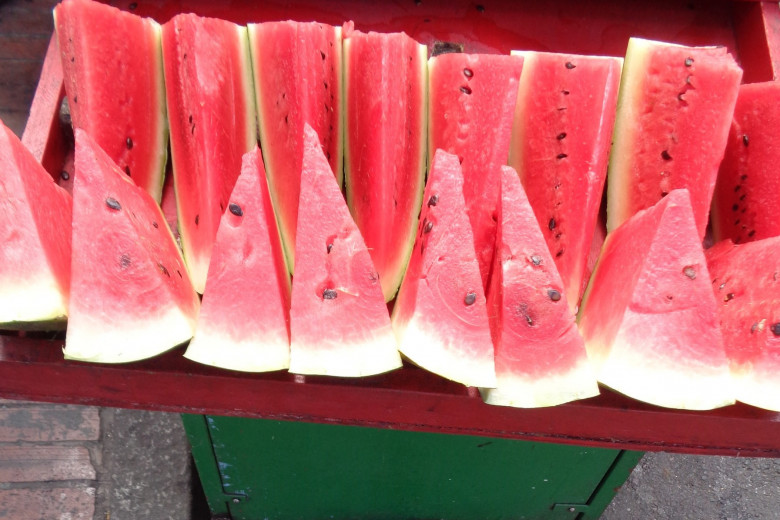 The quintessential Ferragosto snack is watermelon which is abundant in August, and is served cool in the afternoon heat. The is a great snack to bring to work or share with your friends on this day. Ferragosto was originally a holiday created by emperor Augustus to celebrate the end of the harvest season, and was later moved by the Catholic church to also celebrate the Assumption of Mary. This holiday in the heat of the summer months is celebrated by going to a cooler place, namely the seaside or mountains, and getting together with family and friends.

1) If you are preparing more than one you can keep the other watermelons cool by floating them in a bucket of ice water.